From time to time – but not very often – a TV Show gets released, which surprises me. This happened last time in 2007 with Pushing Daisies, where I loved everything: the story, the actors, the sets, every dialog. And now it happened again. I have a new favorite TV Show: Underwear (Underwear). 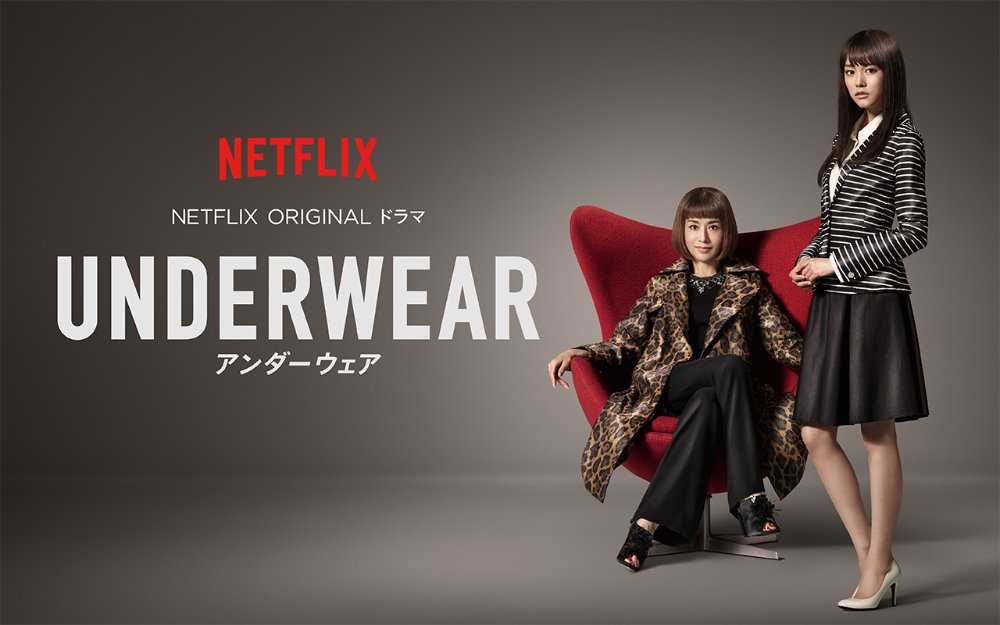 Underwear (アンダーウェア) or Atelier, is a mini-television series produced by Netflix and Fuji TV. You can add it to your watchlist on Netflix here or watch a Trailer on YouTube.

It’s a story about a young girl called Mayuko (Mirei Kiritani), coming from a small town, who finished her studies in fabric design at the university and starts her first job at an exclusive custom tailoring lingerie store called Emotion in Ginza, Tokyo. It’s a small shop with a few designers, some salesmen, and the owner of the workshop, who is a woman in her 50s (Mao Daichi), an honorary named Shachou (President) by her employees.

The Atelier, a french word for a workshop or studio, a place, where professional artists work together and produce pieces of art, has multiple rooms, separated by doors, leading from the entrance hall, where customers get served, to the inner rooms of the owner. Additionally, it has a cellar with tons of fabric, accessories, and documents.

The 13 episodes provide a deep insight into Japanese culture, politeness, art, craft, and beauty. Every scene is choreographed with an eye to the detail. The camera work is really interesting and uses a variety of techniques. The actors are brilliant. It is a pleasure to follow the Japanese dialogs (subtitled), which can tell so much with so few words. Japanese is a language of context and nuances.

Every episode has at least one core scene, which transports a message or philosophy accompanied by beautiful music.

The soundtrack was composed by Timothy Michael Wynn and I can’t wait for its release in 2016.

I was surprised by this brilliant Japanese TV show and finished it in less than a week and I’ll surely watch again. I highly recommend watching it!